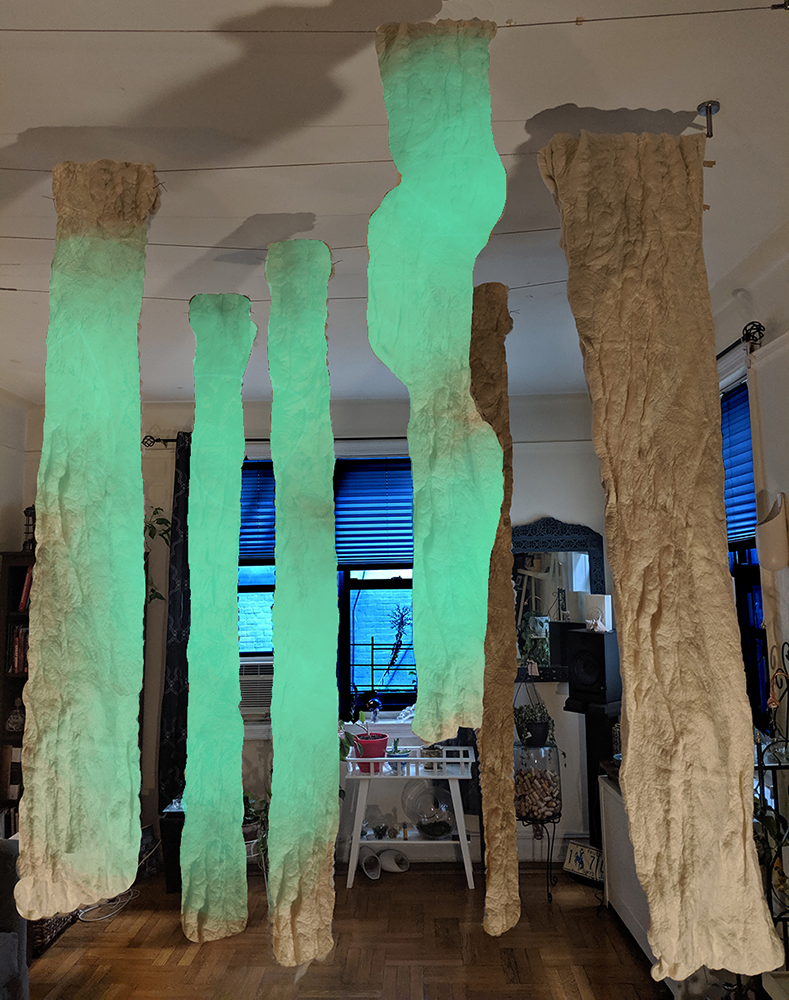 Influenced by the cultural shifts that technology creates, this series of fiber installations imagines a future dystopia warped by technology. The surreptitious collection of personal data has led to a humanity controlled by the machine. You step inside the soft machine, witnessing captured data and our developing dark futures. Luciferins is one installation in this series.

Luciferins—inspired by bioluminescent fish and the plethora of invisible network traffic that surrounds us—is an interactive environment of hanging fiber structures, filling a 15 x 15 foot space. Depth cameras will be used to sense viewers in the space, as well as the fibers structures themselves. Many fiber structures will be distributed throughout the space, creating a layered environment that envelops the viewer’s body. As viewers move through the environment, the fiber structures closest to them will illuminate with graphical animations. After a short period of time in one location, a graphical portal opens to show network communication packets, which are also invisibility traversing the space. Sonic field recordings are manipulated and play in 7-channel sound system. Sound is also interlaced with shortwave radio recordings. The portal opens only for a few seconds before returning the room to its normal state. 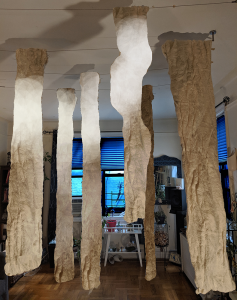 Scale prototype with graphics projection mapped on the fibers

Luciferins makes our digital networks perceptible when they are often imperceptible. The infrastructure that facilitates communication largely remains hidden. Luciferins’ network becomes perceptible by movement of the body. It gives viewers a sense of the invisible activity that surrounds them—just as a swimmer would make a dwelling of sea sparkle appear by swimming through it. Luciferins seeks to not only be an experience, but to open up the conversation about control and privacy in one of our last frontiers. The piece allows for an alternative experience of abstract concepts concerning technology; enabling viewers to connect it to their everyday lives. 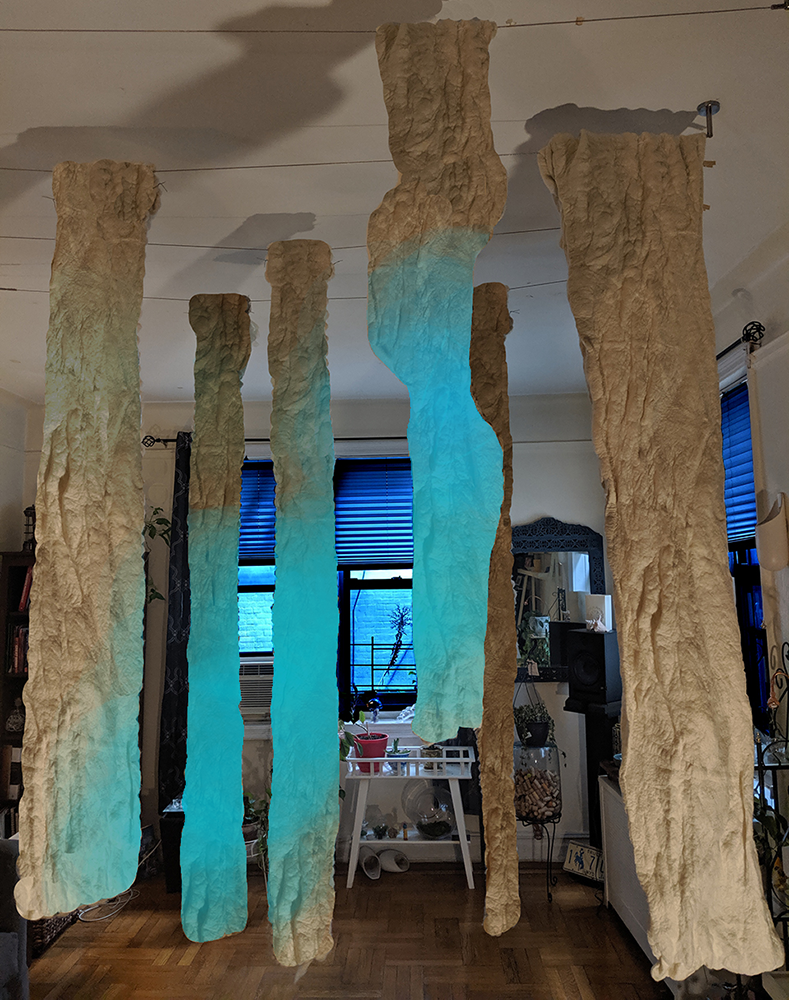 Scale prototype with graphics projection mapped on the fibers

Luciferins will be shown as part of the New York Electronic Arts Festival at Governors Island in late Summer 2020. Luciferins has been supported in part by Harvestworks New Works Residency Program and Fiber Arts Now Magazine. 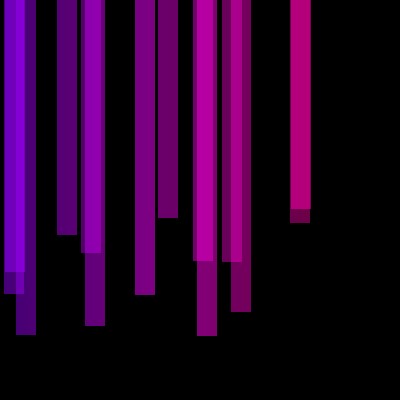 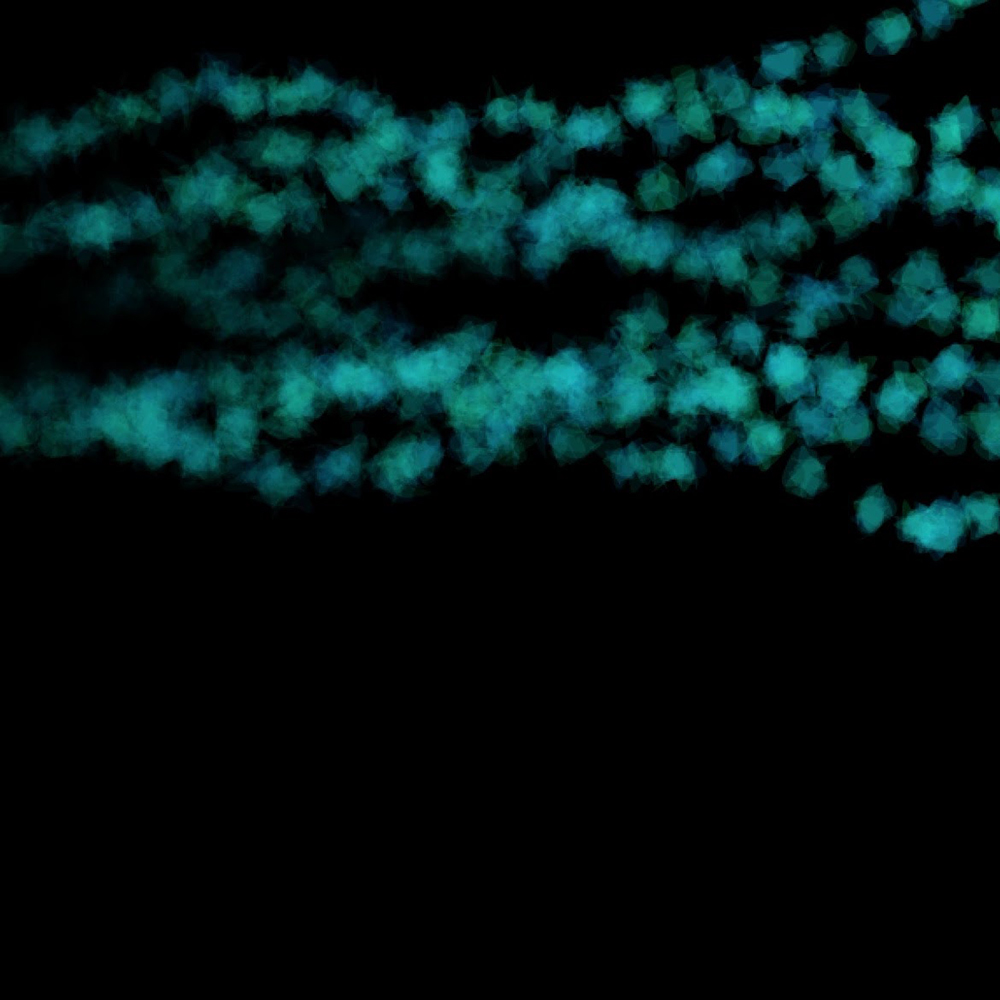