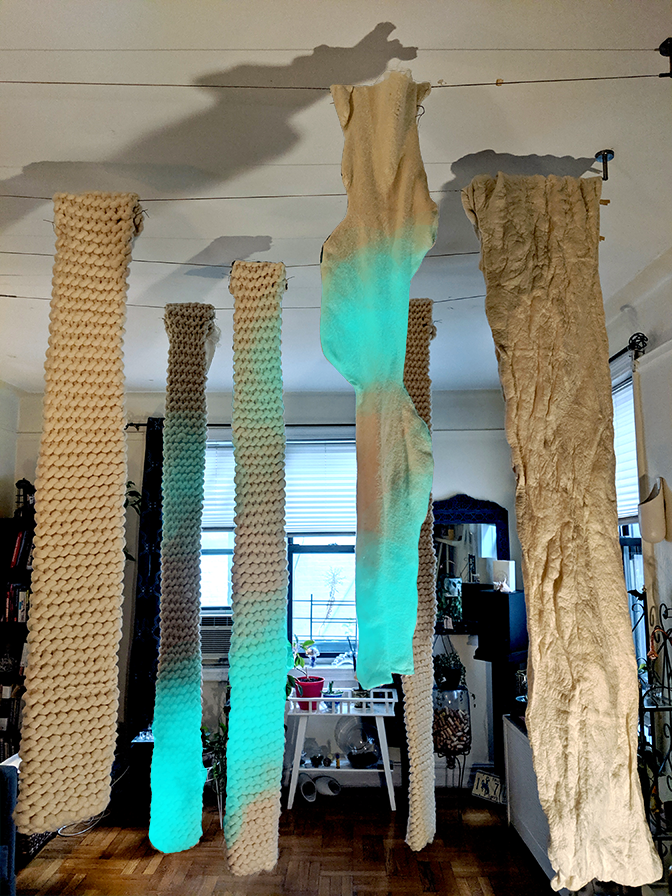 They are a great (and fairly large) group that meets monthly (outside of summer). They have speakers and other events for the members. The first year, I didn’t meet many others from the group as the meeting spans the entire time, and there’s little time to chats and greetings. At the end of the year, they have a members show, which consisted of a pecha kucha style presentation of those that applied. Each person had about 3-4 minutes to show slides and to talk about their work. I took this as a great opportunity to introduce them to my work and practice.

After doing so, I was contacted by Harriet Cheney from the group. She wanted to interview me and feature me on TSGNY’s blog. ! I was so tickled to share more about my work and my practice with the group! We swapped a bunch of emails and met up at Grand Central Station to sit down and talk. You can read the entire interview here: https://www.tsgny.org/tsgny-blog

It’s always wonderful to have an opportunity to discuss one’s work with others. It consistently pushes me to refine my language, as well as to develop documentation to describe my practice and projects. Despite all of the technological challenges I’ve been having with my laptop, I created a whole series of images to describe how Luciferins will be experienced. At the time, I couldn’t run the graphics with the interaction software. I really wanted to get super close to having a scale physical prototype, but it just wasn’t possible without the camera syncing with the software. So, I took some images of the fiber structures I currently have hung and did some photoshop action with the graphics code running. To me, this was a “hack” in order to get some images. While I was able to get those, I also had major realizations about the graphics code.

I took a bunch of images and put them together in a gif to simulate the experience of the graphics projected onto the fiber structures. Initially I was very frustrated with the documentation as the fiber structures present in the image is several cycles behind how the structures are currently being developed. Yet, this process was incredibly insightful as I realized that I needed the graphics to be much larger. I also realized that I loved them when they were less shape-like, and more like a gas. This was spot on to my original goal. It had just gotten a bit clouded (no pun intended) in the process. Now with crystal clear focus, I could see what tweaks needed to be made and how the code was to be developed. Sweet!

I went back to my code and made a bunch of tweaks. I’ve got the graphics looking much more like a gas. I’m also experimenting with the color and having the color morph as the graphics run. That still needs refinement, but I am getting there.

I received an Installation Grant from Fiber Arts Now (FAN) magazine in support of Luciferins. I’m using the funds to help support the purchase of the wool fiber to then machine knit. I passed along this documentation to FAN, as they might include the project in a future publication discussing the grant recipients and their projects. I’m grateful for their support and I’m crossing my fingers that these new images make the next publication. Either way, the process of creating this graphics has greatly helped focus the development of the work. 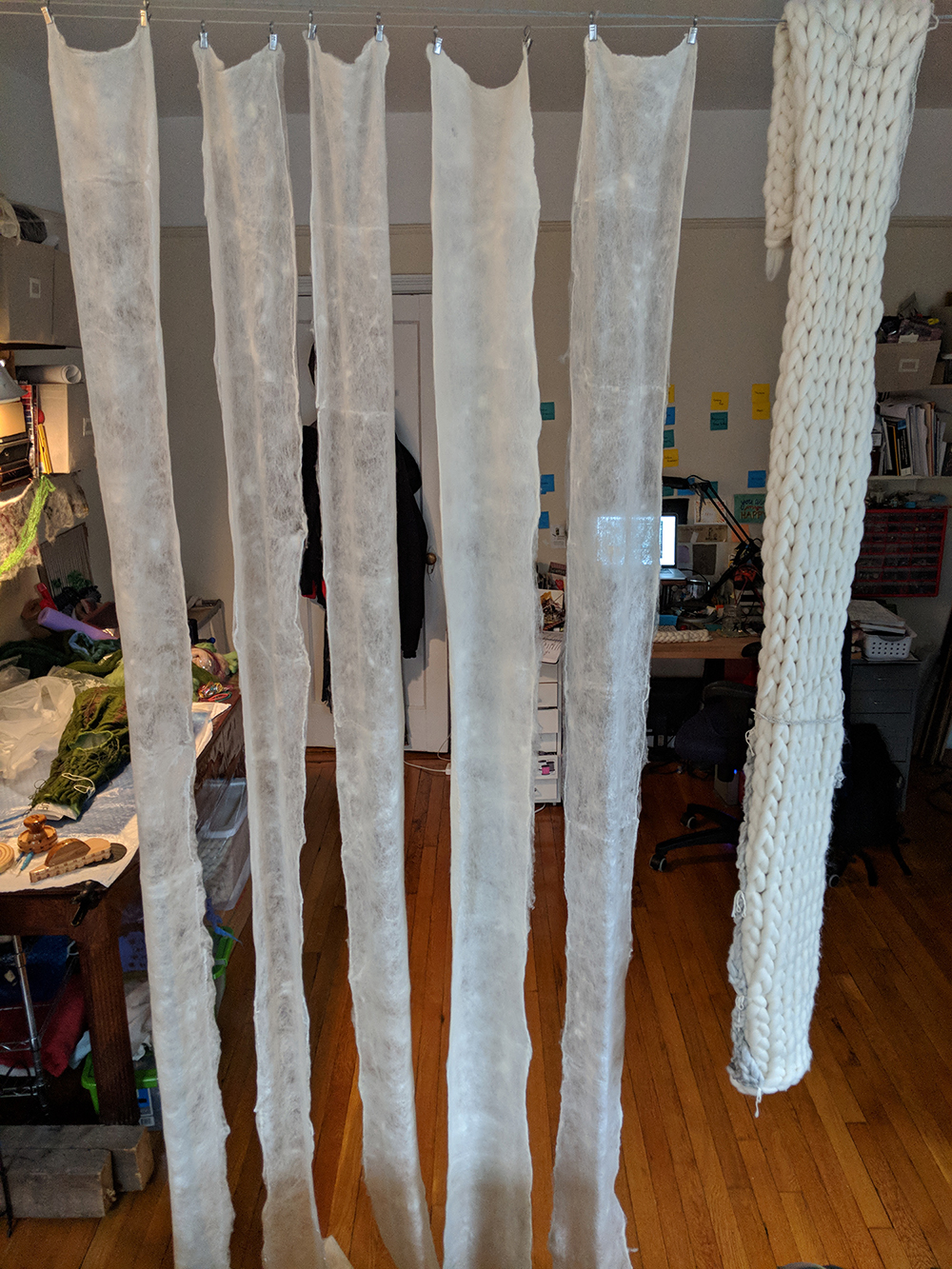 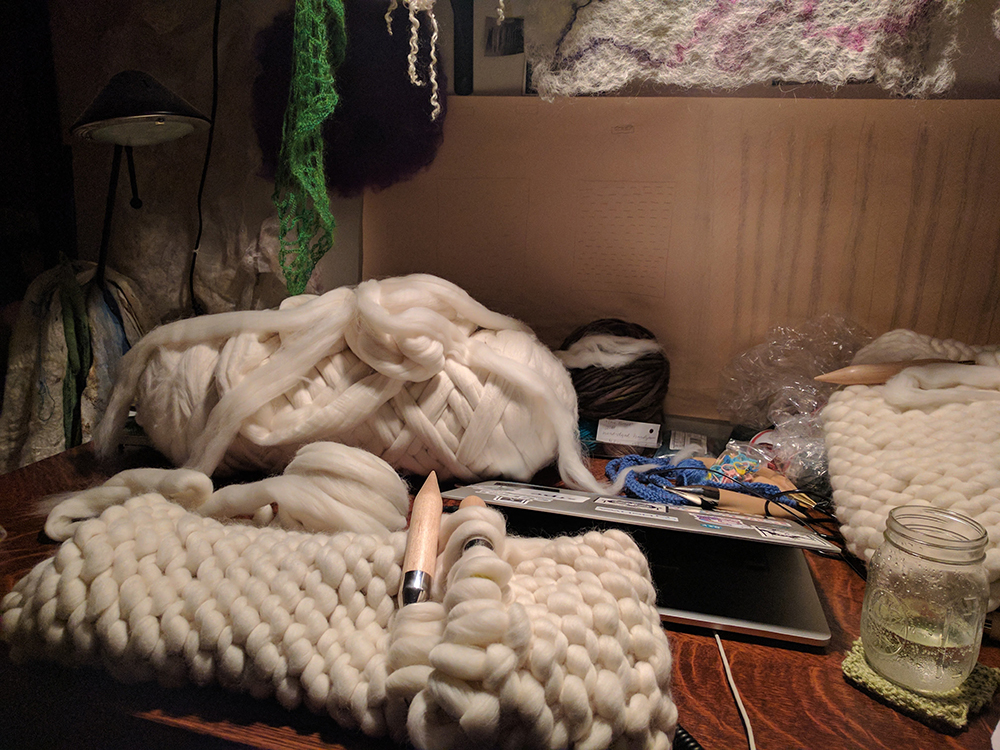